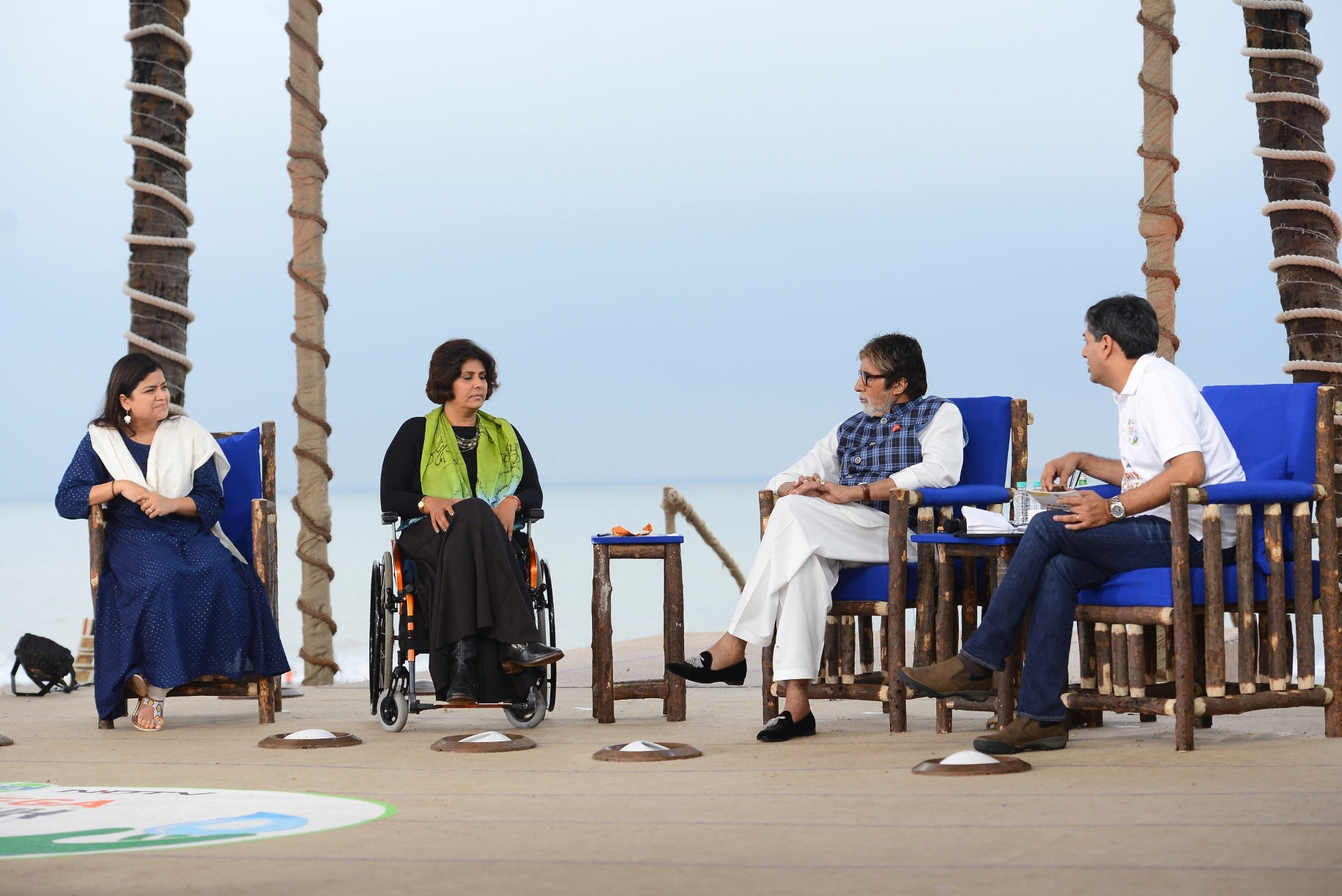 Hosted by MrAmitabhBachchanand NDTV ‘s Group CEO Vikram Chandra at the Sun N Sand Hotel in Juhu, Mumbai, the CLEANATHON encouraged people all over the country to step forward and clean 10 yards each of their surroundings.

84 Ghats in Varanasi, 47 railway stations including the ChattrapatiShivaji Terminus in Mumbai, along with other iconic locations, witnessed clean-up activities as part of a collective effort for making India a truly Swachh country. These clean-up activities saw the participation byhundreds of school students. Fronted by the nation’s biggest superstar, Amitabh Bachchan, who has been associated with the campaign for the last three years,the aim was to make everyone realize that cleanliness is a personal task and no person or organization is solely responsible for it. The third year of this campaign raised many arguable points such as the state of the municipal corporations, lack of safaikaramcharis, ways to dispose and segregate waste, issues pertaining to landfills, drainage and sewerage, conditions of rivers and dams amongst many other topics.

As it is said charity begins at home, and so does cleanliness. To bring this point home, the campaign highlighted the fact that each one can take ownership of their neighborhood and strive to ensure cleanliness.

On this occasion, Nitish Kapoor, Regional Director, RB South Asia, said “As a global leader in consumer health and hygiene; and with a legacy of over 150 years of innovation, we understand the extreme importance of cleanliness and sanitation in the lives of our consumers. With our campaign ‘Banega SwachhIndia’ in association with NDTV, we reiterate our commitment towards promoting hygiene and healthier India. This platform also gives us an opportunity to thank the whole nation which comes together for the ‘one’ cause i.e, ‘Cleanliness’.

Speaking about the initiative, Vikram Chandra, Group CEO, NDTV said, “The basic agenda behind this campaign is to improve access to the heritage sites of the nation, ensure better garbage removal and cleaning, improving drainage system, and provide high quality public toilets. All these will face-lift the surroundings of various landmarks and indeed clean up the whole nation one day. All we are asking people is to organize a cleanup. It is our moral, social duty to make sure our nation is clean.”

Commentingon the occasion, campaign ambassador, Mr. Amitabh Bachchan, said “The key to solving problems of sanitation is an individual responsibility. If we can take the responsibility of cleaning ten yards of where we live, in a sense we can clean up the entire city. It’s a simple thing but if we work at it, our efforts can go a long way.”

One of the major concerns that is plaguing India is the poor state of hygiene and sanitation. According to UNICEF, 595 million people do not use toilets in India. Open defecation is a reality and causes chronic diarrhea that leads to stunting and 1,000 lives are lost every day due to stunting.  In 2014, NDTV partnered with Dettol to launch India’s biggest sanitation campaign – ‘Banega Swachh India’. It is a 5-year program to create awareness about the importance of hygiene and sanitation, and also work with NGO partners to support infrastructure for construction and maintenance of toilets.