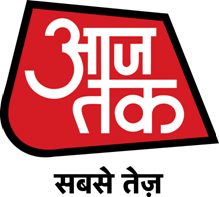 Aaj Tak, Nation’s most loved, trusted, awarded and viewed news brand has been the leader for 17 years since inception. This feat is matched by no other channel in the TV News Universe, a feat Aaj Tak accomplished because its singular focus on the most important stakeholder, the viewer.

Time and again all major news events have proven that The AAJ TAK brand operates in the highest trust zone, that very few news brands have a right to occupy. The Campaign idea ‘Saare Jahaan Se Sachcha’ draws from what has been the core of Aaj Tak – Fearlessness, Truth and No Compromise.   It highlights one of the fundamental needs in the society – to be honest and to be true.

Three TVCs form the heart of the campaign, amplified across ATL and BTL – ‘Trust and Truth’ embodied by Aaj Tak like None Other.

The campaign aims to bring forth the founding principles of Truth & Integrity that have defined the Aaj Tak newsroom for 17 years. Instead of focusing on ‘what’ truth does, the campaign focuses on ‘why’ truth is so important. Why it’s so important to have brands like Aaj Tak – which carry the flag of truth amid unsubstantiated noise.

The campaign is led by 3 TVCs that capture everyday situations in which a common man is duped with the web of lies, when there is no accountability, and no action to put an end to this situation. Each narrative is a hard hitting reality check on the kind of day to day transactions we see all around us. The campaign line – Saare Jahaan Se Sachcha has been thoughtfully conceived to tug at people’s hearts. It re-affirms and connects the positive emotion of India’s iconic song ‘Saare Jahaan Se achchha’ with Brand Aaj Tak, lending it the stature and scale it deserves.